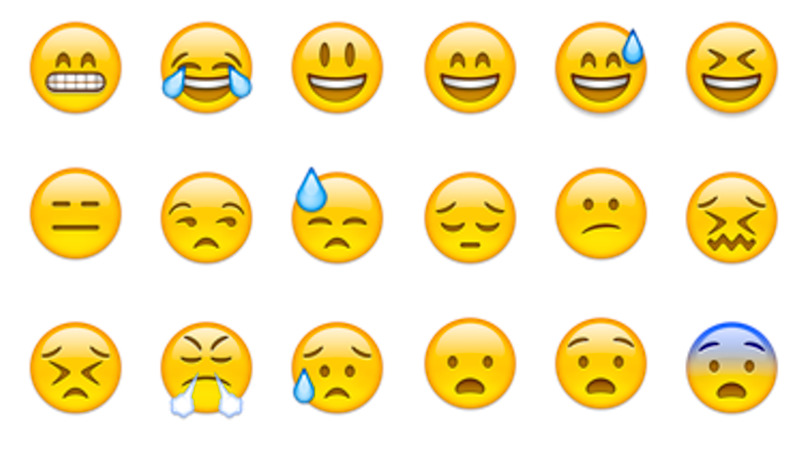 Icons: The Age of Emojis

As a general concept, emojis have always fascinated me. In modern times, it seems like they’re everywhere, and it’s no surprise why. In our digital age, where time is our most valuable resource, they help us save time both typing and deciphering messages. They’re quick to use, quick to understand, and can be applied in a variety of contexts and circumstances — and that’s exactly what makes them so fascinating from a cultural and linguistic perspective.

Because who gets to decide which emojis mean what? An emoji used in one cultural context might mean one thing, but mean something entirely different — and possibly even offensive — in another. Did you know that there are actually jobs for emoji interpreters for that very reason?

Take the emoji at the bottom right in the image above, for instance. What does it mean to you? To me, it looks like someone who’s shocked, or possibly even cold thanks to the hint of blue on their head. But do you know what the official description is, according to the Unicode Consortium, who design and approve emojis? They describe it as a “fearful face.” Huh. Not what I would’ve guessed.

There are even generational shifts in terms of meaning and application of emojis. Recently, “Gen Z” Americans have declared the “crying laughing” emoji (this one: 😂) dead due to overuse by older generations. They’ve even redefined what a simple smiling emoji means:

"Hafeezat Bishi, 21, started an internship at a Brooklyn digital media firm and was taken aback when co-workers greeted her with a bright smiley face. For Ms. Bishi, the welcome didn’t seem warm but dismissive. She sees the image as conveying a kind of side-eye smile, not a genuine one."

It just goes to show that there really isn’t any such thing as a “ubiquitous” meaning, even with emojis. So, the next time you think you’re sending a friendly smile, you might want to hire an emoji interpreter first.